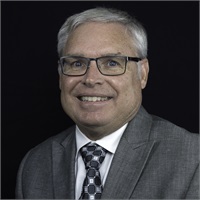 David Luckemeyer is a native Texan that grew up in the Texas Hill Country in Kerrville. He began his career working for the HEB Grocery Chain for 19 years with stints in Austin, Corpus Christi, and San Antonio. In 1992, he was led to change his career by going into the Financial Services industry with what was then called Aid Association for Lutherans. He served as a District Representative for much of that time and later as a Financial Representative for Thrivent Financial. Luckemeyer now owns and operates Luckemeyer Wealth Management.

While working for HEB, he attended and graduated from Southwest Texas State University now called Texas State University. He completed additional studies through The American College in Bryn Mawr, Pennsylvania and has earned the title of Chartered Financial Consultant (ChFC). David holds various professional licenses including the Series 6, 7, 63, and 65 registrations with LPL Financial.

David and his wife, Paula, have been happily married for 36 years and have lived in New Braunfels for 31 years. They have three grown children with two of those being married and the younger one is a teacher in New Braunfels. Their oldest daughter is the mother of two grandchildren which gives David and Paula immense pleasure.